Simon Clark from Kinloss, Moray, is running 5,000 miles anticlockwise around the coast of Britain, raising ₤20,000 for Ecologia Youth Trust, and working as an architect as he goes. 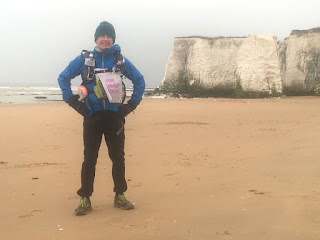 He writes, I started at Findhorn, just east of Inverness. I left on 28th March 2016, Easter Sunday, arrived at John o’ Groats on 14th April, and reached Land’s End on 18th November after 2,757 miles. I was inspired by reading Rosie Swale Pope’s ‘Just a Little Run Around the World’ last Christmas. By the end of the book, I had planned this, and three months later, I left. From the 900 to 1,000 mile points, my shins were in agony. I changed my rucksack, and recovered. I’m loving the beauty of the coast, camping out, the constant support of people, being given beds to stay in, life on the road, and living more on my wits. 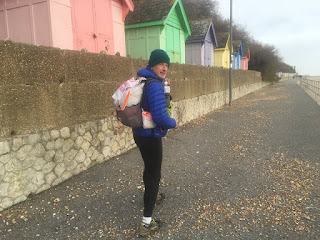 If you’d like to follow the rest of Simon’s journey, find him on Facebook and donate at virginmoney on Simon’s page: Just a Little Run Around Britain. You could also offer him a good meal or a bed for the night when he’s near you!
Posted by Katharine at 12:54