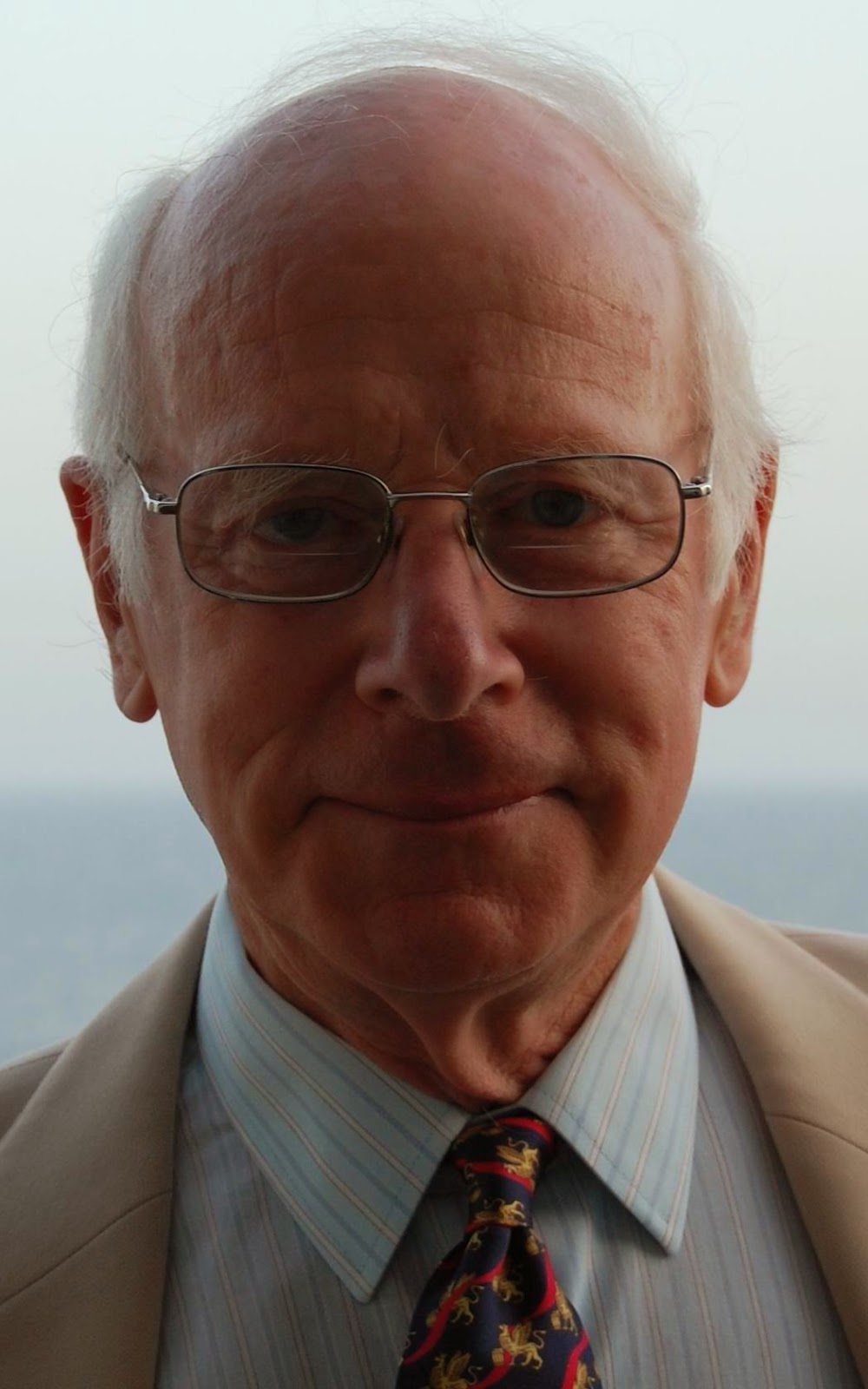 On the 16th April a white envelope correctly addressed to me as, inter alia,“emeritus” (something I’ve always wanted to be as well as “pundit”, “polymath” or “oligarch” – fat chance) drooped through our letter box. (I intended to say “dropped” but changed my mind). No prizes for guessing whence it came ……….. but inside was an A4 sheet of ruled paper on which Mr. Teabags (who else?) gave his solution to this puzzle. For artistic impression it was good. No doubt about that. It was attractively stamped round the edges in a variety of smudgy green, blue and yellow stamps (inc. tortoise) bearing the optimistic captions “getting there”, “outstanding” etc., and there were five neatly ruled vertical columns containing the clue letter and the two relevant words and number that applied. All done by hand and clearly set out. Very stylish. It had impact. I liked it. I liked it a lot………Nice… When it came to technical merit……..a different story; very different. I suppose getting about two thirds of the clues is tolerable but in many cases one of the two words was right but not the other – how he managed to associate “rump” with “flower” or “hammer” with “gate” is beyond me! Such aberrations cause chaos amongst the remaining words. But he had a spirited go and strangely finished up with the right “odd” word – which led, immediately below his solution to the following lyrics of a popular wartime song which the wife believes used to be sung by Anne Shelton (can anybody please confirm this?)

……….So now you all know the odd word!
There was room, on the right-hand side of the fifth column, for the following, typed, comment:


“I have a hell of a game sorting out the words. They have been jaggled, jeggled, jiggled, juggled and yes, even JOGLED (get it?). Well, never mind, because I’ve decided the odd word out is……….(WAIT FOR IT……………) SOLDIER”.


“I now need a holiday or at least a break after this gruelling quiz. If the postmark is different to my normal one, you’ll know where I am. I’ll write to you again – when I’ve recuperated and tackled Quo Vadis?”*

With that single sentence, “……you’ll know where I am……….” he poses more questions than he’s answered. What does he mean by it? I obviously scrutinized the postmark on the envelope (something I don’t normally do) which clearly stated Southampton. Now that is interesting. At the risk of upsetting somebody or everybody, for which apologies in advance, surely Southampton is not somewhere people go for a holiday. It might be a means to an end but it can hardly be considered an end in itself…………can it? So, casually telling us “you’ll know where I am……….” does no such thing.

Where is his holiday destination? I think of Southampton primarily as a ferry and liner/cruise ship terminal. So I deduce his holiday must be in one of three places. The first is the nearest from the mainland – the Isle of Wight, a popular and much visited island which he could comfortably cycle round in a day. The second is a trans-Atlantic voyage on one of the Queens to New York for sightseeing and self- indulgent RT and the third is a cruise on one of the many ships for which Southampton is the home port. Did the ship turn left at the Nab Tower for a northern European destination, e.g. the Baltic, or right to the Med. for the Balearics, or even the Caribbean? I think we are entitled to know and we should not have to guess or speculate, so please, Mr. Teabags, write to our Editor with a full and frank explanation so she can publish it in the winter issue. An account of your vacational antics would be even better.

The next response, as an e-mail attachment, came from highly respected and long-standing member from Sweden, Krister Andrén. His correct/incorrect pairings were very similar to Mr. Teabags’s though his “odd” word was not correct. Considering English is not his first language I have the greatest admiration for him. Apart from the word Hej which he has taught me and means Hello I don’t know a word of Swedish let alone begin to understand or attempt to answer a similar quiz all in Swedish!

I then received two more solutions – from John and Margaret Desborough. Their envelope was addressed to “Quiz Master Extraordinaire”. Save for a single word being switched, they were identical. You will see the solution I was looking for at the end of this article and it is different from John’s and Margaret’s though that is not to infer that theirs are wrong; just not quite the same and frankly I never knew that “soldier” and “hammer” were both types of orchid – hence flowers. For the two synonyms they both gave “joy” and “triumph” whereas I expected “joy” and “elation” only to be informed that “elation” is apparently the model of a Citroen car! Never knew that either! Interestingly, in my Collins Paperback Thesaurus, “triumph” is not given as a synonym for “joy” (whereas “elation” is), though “joy” is given as a synonym for “triumph” (as is “elation”). An anomaly and a dilemma for me. However, I think and hope you all agree with me that “test” is not normally associated with “crossing” (as they have asserted). Are not “ford” and “double” more obvious or am I missing something?

Krister enquires how I construct my puzzles: “Could you perhaps tell us sufferers a little bit about it? A page or two in the next QV??”.Well, Krister, it hardly deserves that amount of space. I remembered that years ago the Sunday Telegraph ran an Elimination Puzzle so I decided to replicate it. Constructing one is a lot easier (I find) than trying to solve one (the same goes for crosswords).

All I do is think of a word with which perhaps two or more can be associated. For example, the word black has many associations – “mark”, “day” and “board” are just three possibilities. But each of those words may also be associated with others – mark = “water”, “tide”, “hall”; day = “time”, “break”, “wedding” and board = “room”, “hard”, “card”, “drawing” etc. and drawing might go with “pin” or “room” (again!). So that’s easy; the tricky bit is for you to sort out which is which and which cannot be associated – for example “board” and “tide” don’t go together, nor do “black” and “pin”. Another old chestnut is the “flower”. Is this a river or a bloom?

Of course, anagrams and synonyms usually and hopefully have no alternatives (except when J or M D are around!) and some pairings are “straight” – e.g. two birds – skylark and goldcrest, neither of which has other words with which they can commonly be linked (at least I don’t think so!). The knack is to have pairs of words that are neither too obvious nor too obscure. I assure you it is a lot simpler than you might think. So now it’s your turn, Krister. You relish a challenge and I’m sure that for a man who has walked End to End pushing a rebuilt shopping trolley containing your paraphernalia you’ll find this a doddle. I know Katharine is longing to hear from you and it’s an opportunity for you to wreak revenge – and exhort me to have a go! I’m looking forward to doing so after your puzzle appears in next winter’s issue – if it’s not too difficult! Just one condition, though. Please do it in English! Most of us have trouble coping with our own language and we get few enough solutions as it is, so to do it in Swedish would really put the mockers on it!!

I didn’t really expect any more solutions but on opening my e-mails on Easter Monday, there was one from John Blanchard. As far as I recall, John has never responded to my previous puzzles, but he writes,

I have often amused myself with your puzzles in the past but I have never given enough time to get anywhere near a solution. However, on this occasion I think I have paired off 36 words fairly logically so I am writing in to say I make the odd one out No. 19 – soldier."

John attached the spreadsheet on which he had given his pairings …………………. And WAIT FOR IT…….. I am delighted to announce that they were spot on – all of them correct! Congratulations John! A much deserved book token has been posted to him.

My Solution – and John Blanchard’s:

Since typing this in late April I have been patiently waiting to hear more from Mr. Teabags. It is now almost the end of May and so far not a word. Nothing. From this I deduce there are two possible explanations: either he is still enjoying his protracted holiday or he is still tackling the last issue. Surely he could not have forgotten…………….
Posted by Katharine at 22:19