by Graham Brain, winner of the Joan Cave Memorial Trophy 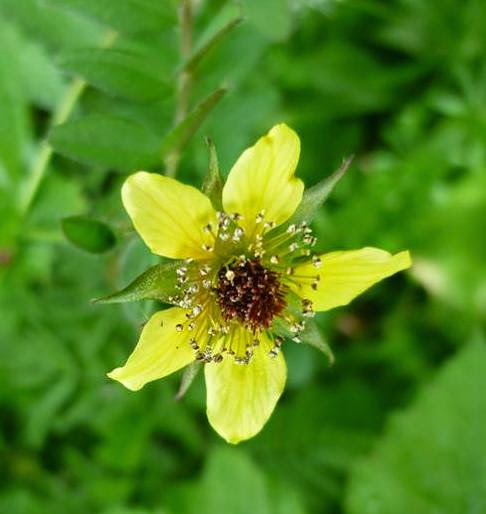 My wife and I went to Land’s End for the first time in September 2011 and whilst there we visited the “End to End” story. As I looked at the exhibit, I took in the amazing journeys others had taken. I looked and wished that I had undertaken the journey when I was younger, lighter and fitter, but in the days that followed, I kept thinking about the possibility of still doing it, or at least having a go, and this is when the idea for my adventure began.

I looked at the route and thought, given the right amount of dieting and training over the next 18 months; I could try and cycle from John O’Groats to Land’s Ends. As time went by, I thought that it would be nice to put a different slant on it and slowly the idea began to evolve of taking in the UK mainland four extreme compass points, Dunnet Head, Ardnamurchan Lighthouse, Lowestoft Ness and the Lizard, all sort of en route (Not).

Fortunately or unfortunately, this idea seemed to grow and take on a life of its own: I would also visit the highest, (Ben Nevis - just because I was passing by) and lowest (Holme Fen); then the most central (Whalley – not including the islands) followed by the furthest point from the sea in any direction (Church Flatts).

In conversation, someone suggested that I should really visit a geographical extreme where I live in Wales, so after a lot of searching, I chose the highest tidal flow in the UK which is along the Severn estuary. This latest extreme together with the other points, the furthest distance between to UK mainland settlements and the journey being against the prevailing wind meant I now had a journey with 10 geographical extremes on route and one to battle against, the prevailing wind, and boy at times it certainly was a battle. With all the extremes, the distance increased from the 874 miles to 1,500ish miles. To accomplish this, I allowed 35 days which included 4 rest days and a day to go up and down Ben Nevis, the highest extreme.

To help with the planning, over the five day period of the Queen’s Golden Jubilee weekend, my wife and I drove the route and it was only then I realised the enormity of the challenge. In preparation, I lost 4 stones (1/2 of a hundredweight or approximately 25.5 kg), bought a bike and tried to get some in training on the hilly lanes of the Vale of Glamorgan. Unfortunately with the winter of 2012-13, I only really only got out on my bike from early March 2013, not ideal as I had planned to start my adventure on May 20th! However I did manage a dozen or so shorter training runs and three or four longer ones including a 56 mile trip from Brecon to Cardiff Bay along the Taff Trail.

About two to three weeks prior to the start, I started getting problems with my left knee and not wanting to wimp out, as most of my friends and family thought I would, I managed to stock up on a carrier bag full of anti-inflammatory pills and painkillers from my GP which helped to keep me going throughout the journey.

After 18 months of planning and over 100 telephone calls that my wife made to sort out my accommodation, I was ready. At the age of 62 at, 9 A.M. on the 20th May 2013, a grey and misty morning, I started my adventure from Dunnet Head and headed to John O’Groats and from there southwards, towards Land’s End my final destination, but with a few minor detours on route to take in the extreme points.

Throughout my journey I had many low points, one of which was the weather: the battle against the wind, rain, hail and sub zero temperatures (yes even in late May) as I cycled down A9 alongside the Cromarty Firth, but that day dwindled into insignificance compared to getting up the morning after my 11.5 hour round trip to the summit of Ben Nevis! I staggered to the breakfast room on incredibly painful legs that felt like lead weights, in full knowledge of the 52 mile forthcoming long haul up and over Glencoe and Rannoch Moor on my bicycle. I could hardly walk and the only way to get on my bike was to stand on some steps to enable me to get my leg over the saddle.

On the other hand, I had some fantastic experiences and highs and three of these really stand out. The first when I succeeded in cycling over Glencoe and Rannoch Moor to my destination after the experience of Ben Nevis the previous day. The second was in reaching the most Easterly point at Lowestoft Ness, which meant that when I turned around, I was at last heading in a westerly direction towards my last couple of extremes and Land's End.

I had to wait until the end was in sight for the third high point, the icing on the cake. On arriving at the entrance to Land’s End, I was met by my eldest daughter (my youngest had cycled with me from The Lizard) and her husband along with their 3 children, my wonderful grandchildren, Hannah 6, Adam 4 and Tessa 3, all on bicycles to cycle the last 200m to the end of my amazing adventure.

On completion of my journey, I went to see my consultant over my left knee, and had a half knee joint replaced. I now have two matching scars on my knees; my right knee was replaced in late 2009.
I undertook the challenge not only for personal reasons, but, as I have worked in an industry closely aligned to road safety for almost 30 years, also to try to promote road safety within the UK. So the charity I chose to benefit from my challenge was Brake. I have raised just over £9,500 to help them carry out their vital work. Brake is an independent road safety charity which exists to reduce deaths and injuries on our roads and to provide support for families bereaved and people seriously injured in road crashes. It relies solely on donations from individuals and charitable grants.

I attended the 2013 National Safer Roads Partnership Conference with my colleagues on behalf of Serco as an exhibitor. At the gala dinner, I presented Laura Woods, Research & Information Officer for Brake, with the ceremonial cheque for the monies raised by my GB Extreme Tour cycle challenge. To my complete surprise I was then presented with the first “Annual Road Safety Support Award for Individual Excellence in Promotion of Road Safety” by Meredydd Hughes CBE, Executive Chairman Of Road Safety Support Ltd.

Editor: Congratulations to Graham, for both well-deserved awards, and for sticking with what sounds like a gruelling journey, to the end.

The full account of Graham's journey can be found at: gbextremetour.wordpress.com You can email him at: gjbrain@gmail.com