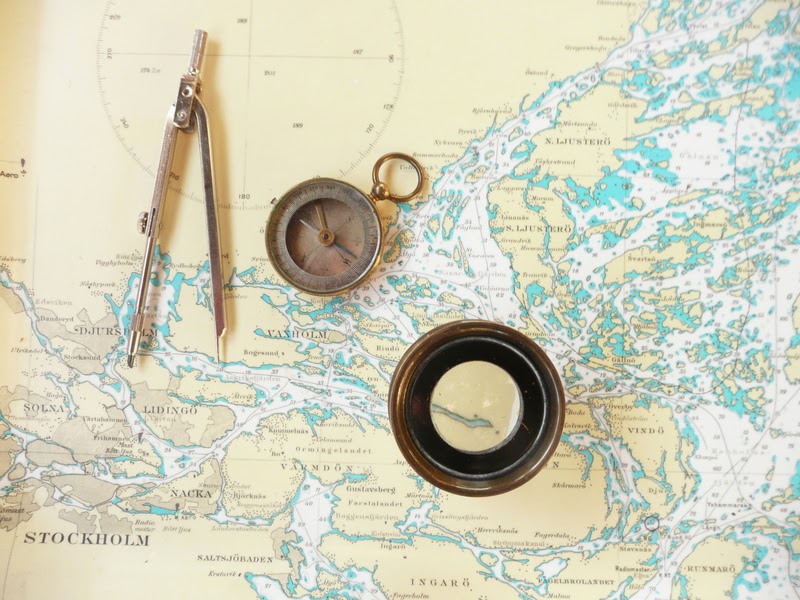 874 miles (1,406 kilometres). This is the signposted distance between Land´s End and John o´ Groats. Many of our members have chosen routes involving far higher mileages. Before embarking on the journey we all no doubt felt both excitement and some apprehension about the task that lay ahead. Especially for cyclists and walkers the distance may have seemed daunting and unreal but, once completed, it may have taken on understandable proportions.

Have you ever considered where the same distance could take you, if you had started from another point? No? Well, I have and I think that this might put your achievement in a different perspective and make your journey seem even longer and more impressive. It certainly did that for me. For the purpose of this little article let us use the distance 874 miles, as the crow flies, and ignore minor topographical nuisances such as mountains, impenetrable terrain, rivers and seas.

Here are a few arbitrary examples, based on where some of our members are residing:

Most of our members of course live in Great Britain and the first journey starts in Northwood, just west of central London, where our Editor Emeritus Geoff and Anne De´Ath happen to reside. If they should decide to head for Sweden - a good choice, although they would have to negotiate the North Sea and the Kattegat, but they are resourceful people and have already, on bicycles, conquered the Pyrenees, so why not? – they might find themselves in arguably one of the loveliest capitals in the world, Stockholm (895 miles), where I and my wife Maj would give them a warm welcome. If Geoff and Anne should prefer other points of the compass, Zagreb (847 miles) or Palma de Mallorca (846 miles) would also be within range, as would Valencia (840 miles), where a paella valenciana (an important ingredient being chicken) should be easy to find. And avoid the fruity and sweet sangría; it does not go with any food. Order a simple and honest table wine, blanco or tinto, according to your taste.

We have a member from Germany, Reinhard Kuemritz, and if our Berliner started from the capital going north, he might end up in Lycksele (856 miles) in the south-east of Lapland in northern Sweden, which is a very long country (978 miles). He might encounter elks, wolves and bears - beasts best watched from a safe distance. Choosing another direction, it would be possible for him to reach Land´s End (842 miles) or Tullamore (871 miles) in Ireland, perhaps to sample the local whiskey (sic).

Tony Holland now lives in Norfolk but he used to reside in France, in Palluau, not far from Nantes. From there it would have been possible to reach Sweden´s third largest city, Malmö (875 miles), birthplace of Anita Ekberg, or Copenhagen (865 miles), to feast on Danish smørrebrød, open sandwiches with a wide choice of delicious toppings, and local beer, or Vienna (844 miles), where, preferably on a bleak autumn day, you could walk its streets and, perhaps, also explore its sewers while, with an earpiece, listening to Anton Karas´ haunting rendition of The Harry Lime Theme. If you are of a certain age – old enough to have seen the 1949 black-and-white movie The Third Man, directed by Carol Reed - and not totally insensitive, you might feel a frisson down your back. The movie starred Orson Welles, Joseph Cotten and Trevor Howard but who was the leading lady? See end of article. Geoff will know the answer!

If, like Barry Bias, you reside in Loule, in the south of Portugal, and head north, you would almost get to Land´s End (901 miles), of all places! In the north-east lies Marseille (825 miles), where the original bouillabaisse with aїoli can be enjoyed. Annaba – formerly Bône - (870 miles) is within reach. This is a city in the north-west corner of Algeria. Three miles outside the city is the Bone War Cemetery, a memorial site for the British forces who fought in the region in the Second World War.

The North American continent will here be represented by Alex Dick, who lives in Vancouver in the south-west corner of Canada. If he travelled north, he would get to Lituya Bay (876 miles) in Alaska. Here, in the evening of 9 July, 1958, an earthquake triggered a landslide resulting in a monster wave 1,720 feet (516 metres) in height, the highest recorded megatsunami in modern times. Fortunately, it was an unpopulated area but three fishing boats were anchored at the mouth of the bay. The crews of two of them survived to tell the tale. In the opposite direction lies Monterey (878 miles) on California´s Pacific coast. There used to be abundant fishery here but it collapsed in the 1950s due to overfishing. The Ocean View Boulevard was in 1953 renamed Cannery Row in honour of John Steinbeck (Nobel Laureate in 1962) and his eponymous novel.

John and Helen Taylor reside in Australia, in Melton, near Melbourne, Victoria. If travelling to the east coast, they could reach Brisbane (860 miles) in Queensland. This is a major city with 2.2 million inhabitants. During the Second World War General Douglas MacArthur had his South West Pacific headquarters here. To the north-west, there is a lot of inhospitable and arid to semi-arid country. It is 889 miles to Nullarbor Station and the Nullarbor Plain. The name derives from the Latin and means “no tree”. Temperatures can soar to around 48° Celsius and can, on winter nights, drop below zero. En route, the only major city is Adelaide (384 miles), named after Queen Adelaide, the German consort of King William IV. To the south there is Tasmania and the state capital Hobart (388 miles), where Errol Flynn was born on 20 June, 1909. It is not advisable to go further south. There is a lot of ocean, before you reach the Antarctic region and what would you be doing there anyway?

Malcolm Bowers resides in the Waikato region on the North Island of New Zealand. Whichever direction you choose, the 874-mile radius ends up in the drink. However, in the north, there is Norfolk Island (about 738 miles), which is an interesting place. It was originally settled by Polynesians. In 1774 it was sighted by Captain James Cook. Colonized by Great Britain in 1788, it served as a penal colony until 1855. In 1856 descendants of the HMS Bounty mutineers and Tahitians resettled here from Pitcairn Islands, a staggering 3,904 miles away in the South Pacific.

Cape Town in South Africa is home to Elaine Crawford and our new editor, Katharine Arzul, lives only some nine miles SSW of Cape Town, in Hout Bay. In the vicinity you will, surprisingly, find Llandudno, named after the North Wales seaside resort. No really famous places in the north near the radius but there is for instance Mahalapye (905 miles), a small town in Botswana. The name seems to refer to the hot springs near the town centre. Mahalapye is located on the Tropic of Capricorn. At approximately 13:11 hours on 21 December the sun will be directly overhead here, so no shadows. Useful knowledge! Pretoria (813 miles) is one of South Africa´s three capital cities and is also called the Jacaranda City. South of Cape Town the journey would end in a great ocean, the only solid ground within a reasonable distance being in a vertical direction, straight down to the bottom.

As mentioned earlier, Maj and I live in Stockholm and, if we were to go north, which we are not, we would get our feet wet in Barent´s Sea. To the east, where we are not going either, we might end up in Rjazan (874 miles) - more than 100 miles beyond Moscow! It is an important industrial city but we would rather go south to France and Reims (894 miles) and taste some champagne, or to Torshavn (856 miles), capital of the Faroe Islands but, on reflection, being Anglophiles and to take us back to the starting point, we would prefer to pay a visit to Northwood (895 miles) and buy Geoff and Anne a pint or two in their favourite pub.

You may wonder how I figured out the distances between the various places. Well, I did not. I made an attempt a couple of years ago with very small scale maps, often 1: 17,500,000 and, like the ancient mariners, used a pair of compasses. I soon found that this method, despite the modern maps, produced unreliable results so, at the time, I gave up the idea of writing an article on the subject. Recently I found, by chance, a website (Free Map Tools) which, miraculously, can draw a radius, hopefully correct, from any location and at any distance away that you specify. You can also get the distance between any two places you wish. Modern technology is fantastic. So much information just a few clicks away!

(The name of the actress: Alida Valli)
Posted by Katharine at 03:21