My Tale of LE-JOG Return Trip 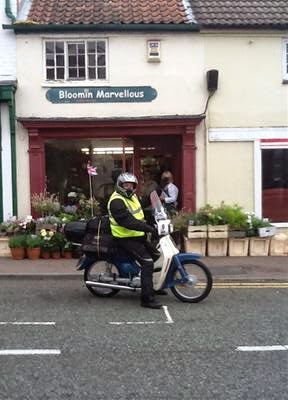 2012 was not such a good year with the death of my dear friend Hugh Scott Madden. He had battled with cancer for a number of years, however his last few weeks of his life were spent at LOROS hospice in Leicestershire. I have to say they were angels in disguise and the care they gave him was absolutely amazing.

At a New Year's Eve get together in 2012, we discussed our plans for the new year. I said I would like to do something for charity and LOROS immediately came to mind, then Land's End to John o' Groats became the challenge but the mode of transport had to have an element of interest also, hence the acquisition of an 80cc moped. 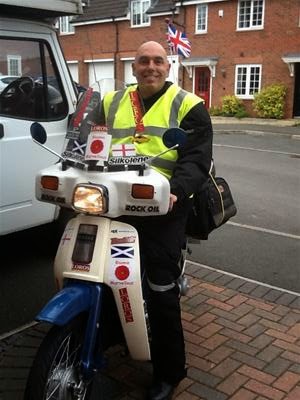 Scott's trek evolved from there, trying to travel circa 2000 miles in 6 days. With everything crossed which was physically possible as far as trying to avoid punctures or any mechanical break down.

I left Shepshed at 9:30 am on Tuesday 2nd July 2013; a few people had gathered at my flower shop to wish me luck and several people waved from their gardens also on my way out of Shepshed.

Then the reality hit me: what the hell had I agreed to under the influence of alcohol on New Year's Eve 2012.

By 1pm I was at York. I felt exhausted, I pulled over, sat down for a while, my thoughts turned to my dear friend Scott and the great cause I was doing this ride for, also the support I had received in the build up was brilliant.

I decided I could not let anyone down, so back in the saddle, I made Newcastle by 5pm and the heavens opened. I did plan to get as far as Edinburgh on day one; in the end I called it a day at Berwick-on-Tweed.

Day 2: I was away by 8am making good time as the roads were clear, getting through the traffic in Edinburgh having people piping hooters at me wishing me luck with thumbs up signs made me feel good again. Taking on the long slog to Inverness was the next task, getting there by 3pm to have a late lunch/ early tea made it all worthwhile. After refuelling my bike the next stage was the grind to Wick; I hoped to be there by 7pm. The weather was good and I arrived at Wick on time, finding a lovely bed and breakfast lodge.

Day 3: After checking my bike over I raced over to John O Groats. Knowing the first part of my journey had been completed gave me a buzz as I rode back through Wick and on to Inverness. The journey then on to Glasgow was my next challenge, hoping to get towards Moffat by bedtime, this was just about completed with not much time to spare. 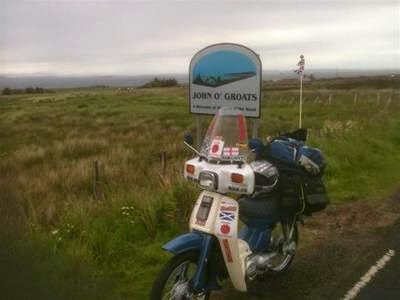 Day 4: This was to be my longest day in the saddle as I had to get to Bristol to meet my partner - it just had to happen. Fortunately the weather had improved which made the ride easier, but not that easy. I arrived in Bristol at 7:30 pm, had dinner with family, then slept like a baby.

Day 5: I woke up with a spring in my step knowing today I just had to get to Land's End. Getting away by 9am I was making good time, getting to Newquay by lunch. Thinking Land's End was just around the corner, I kept plodding along for another 2 hours until I got to St Ives (had Lands End been moved and no one had told me?) The last few miles seemed to go on forever but I eventually got to Land's End. 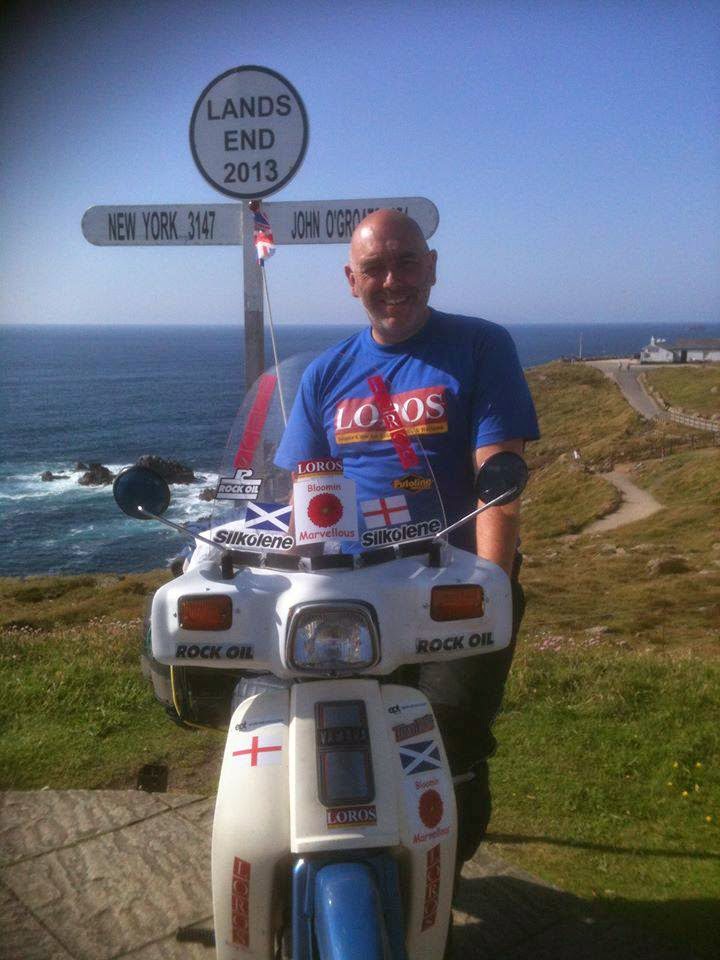 Day 6: With my bike checked over and ready to go, the last leg was all that was left, a mere 300+ miles back to Shepshed: Making Exeter by late morning, things were going well and onwards to Bristol by lunch. By the time I got to Gloucester I knew I had nearly made it, but I still had 100 miles or so to go. It wasn't a problem after the last 5 days I had endured. By 6pm I was back home to be greeted by family. I knew also my friend Scott would have been so proud of me; for this I dedicate my award to him. 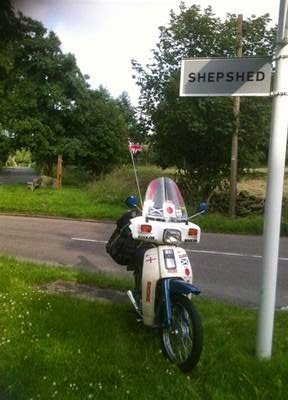