I am pleased, proud and flattered to have won the coveted Griffin Trophy for the third time. It was a very pleasant journey, with a group of like-minded motorcyclists, mostly from the Vintage Motor Cycle Club, some on old British bikes, and some on more modern machinery. It was a dry run until Friday afternoon, from the Little Chef just outside Trowbridge, until we reached the next hotel at Taunton the rain was torrential, I was litterally soaked to the skin.. From John O'Groats to Lands End we covered approx 1100 miles with a day off in between at Richmond, North Yorks. On the morning of the spare day the hotel car park was like the Pits at Brands Hatch.


With so many new faces not knowing what to expect my target figure was £8000-00, each rider collecting sponsorship and carrying collecting vessels en route. The collecting pots produced £1042-00 and the grand total we are presenting to Parkinsons uk on January 4th is £21462-40 taking the total monies raised for charity over the six end to ends that I have organised £113000-00. 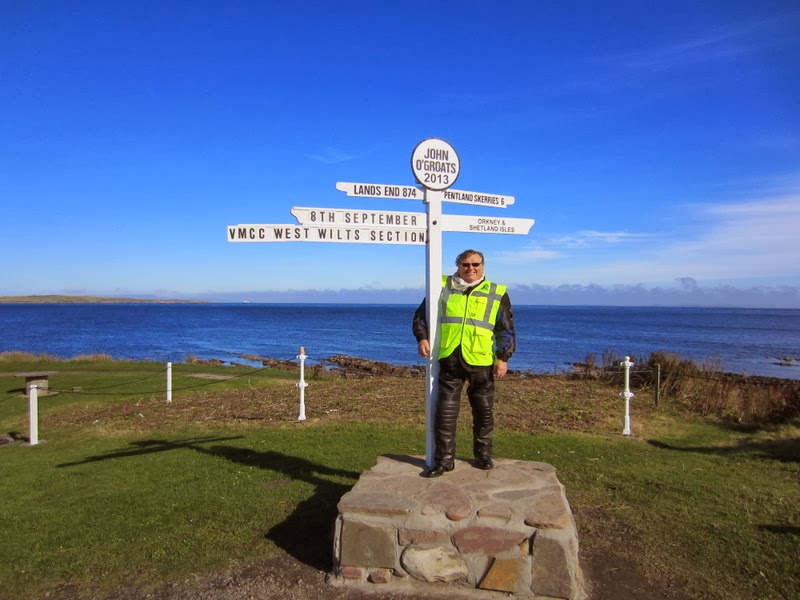