Two Cycle Rides from Land’s End to John o’Groats: One Unsupported at 75 and One Supported at 80. The two compared. 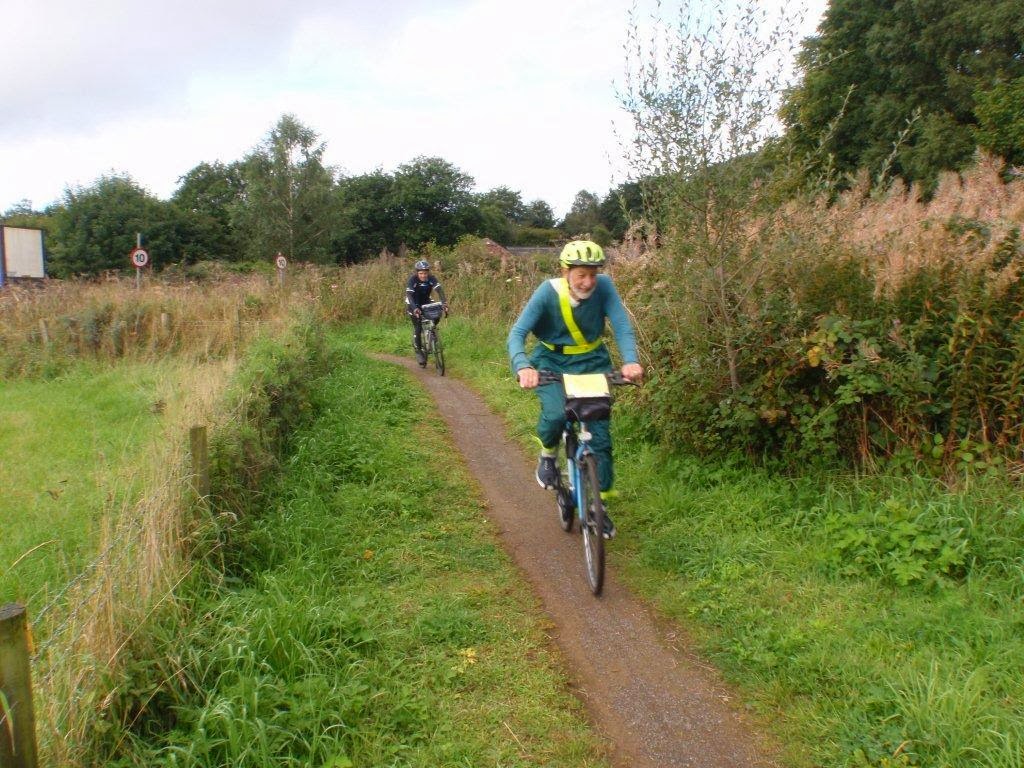 When I was just 75 I cycled unsupported from Land’s End to John O’Groats. I had quite recently lost my wife and I think I was looking for things to distract me and the challenge of something I had often thought of doing drew me. I went on my own starting on September 2nd and taking just 21 days, a very long time compared to the time many people do it in! I went on my Raleigh bike which my wife had given me some years before, quite a heavy but reliable machine which I had of course had thoroughly serviced. I used a route from the Cyclists Touring Club which had the advantage of showing all the mileages. After the West Country the route took me up the West side of England to Manchester, up to Edinburgh and then over the Cairngorms past Balmoral to Inverness and then to Tongue in the middle of the North coast and after that East to John O’Groats. I booked all my accommodation in advance.

What were the advantages of doing it alone? I suppose one could say the extra challenge. There is a special kind of adventure in setting out like that and there is a greater achievement in the completion. However I found several grave disadvantages. First, perhaps, was my anxiety lest I should have a problem with the bike that held me up for too long to reach my days objective. That would have necessitated changing all my accommodation bookings, a nightmare with only a mobile phone! Foolishly I had not booked in any rest days which would have enabled me to catch up, though in the event I had no serous problems with the bike. But there was still that nagging anxiety in the background. Second was the burden, especially on hills, of heavy panniers. On the last day when one of my sons had come in a car and carried my stuff I realised the huge difference of cycling unencumbered. When people asked me, after my return home, if I had enjoyed the trip, I usually said that I enjoyed getting to the B and Bs, having a shower and flopping! Often as I cycled, especially when I came to steep hills, endured heavy rain and contrary winds and when by backside was sore, I muttered under my breath ‘never again!’

So much for my first trip. Gradually the memory of how hard it had been faded and as my 80th birthday approached I felt the challenge of the journey stir again within me. I began to think that perhaps I would try it again, but only if I could find someone who would carry my stuff. Then my daughter mentioned to me that a friend of hers had been on a trip with a set-up called ‘Bike Adventures’ I contacted them and found that they regularly ran a September trip of exactly the same duration as my first had been. Three weeks, meaning an average of just 50 miles a day. I got in touch and found them most helpful from the start. One way in which they helped was with advice about how to avoid a sore bottom! This led to a getting a different saddle and on my second trip, although the saddle sometimes felt hard, I had no soreness. Bike Adventures (which can be found on the Internet) booked all the accommodation and provided a van to carry panniers etc. There were two guides one of whom drove the van while the other cycled with us, usually with whoever was last. They were both skilled bike mechanics so that although members of the group were expected to be able to deal with their own punctures, there was someone at hand to deal with any more serious problem. Everything was very well organised and I could find no fault with the service they provided.

But the main difference between my two trips was having company. As well as two guides there were 11 of us. A couple of about 50 from Tasmania, Two Australian men, Two South African men, one of whom at 71 was the next oldest after me. One American lady who told me she only came because she was told there was an old gentleman of 80 doing it so she thought she should be able to manage! Also two English women and one other English man. The group gelled together very well indeed. All, including the guides were very friendly and looked out for each other and there was no rivalry. Most of the group had more modern bikes than mine and many of them managed all the hills without getting off, something I did not even try to do. Instead I pushed my bike up the really steep bits. We tended to cycle in smaller groups and often met up at lunch time. Most evenings we ate together. There was lots of talk, friendly argument and a certain amount of good natured teasing especially when they found out I was a retired Vicar!

Our route was very beautiful indeed taking us along tiny lanes, cycle paths and with very little of it on busy roads. I felt that those from abroad would have experienced Britain in a way few people ever do. On a bike, as with walking, you are really IN the country. It is all round you and there is no lid to block out the sky. Once, in Scotland, I was behind a coach with another man from our group and noticed that on the back of the coach it said ‘Experience Scotland’. I pointed out to my companion that it was we who were experiencing Scotland. (It was pouring with rain!)

As with most people, I found Cornwall and Devon the most demanding part of the trip and on the third night, after Dartmoor, I felt almost ready to drop. Yet even on the hard days there were great moments, like the time when I was pushing my bike up a steep hill on a narrow lane when I came to a railway bridge over the lane and as I got there a steam train chugged over. However at an average of only 50 miles a day we usually reached out destinations between 3 and 4 in the afternoon and had plenty of time to rest and recover. After the West Country we took a similar route to mine of 5 years before until Cumbria when we headed up to Glasgow which we traversed amidst wind and rain almost entirely on cycle ways. We then went via Loch Lomond to Loch Awe, Fort William, the Great Glen to Loch Ness and then North avoiding Inverness and up to Tongue. The last day was the longest at over 70 miles taking in Dunnet Head which I had missed last time (It is of course the most northerly part of mainland Britain).Back home and living alone I really miss the fellowship and I’m sure that many of the friendships made on that journey will endure.

The hills were still a challenge. One of our group who had some device for measuring these things said that if you add up all the hills together, from one end to the other, it comes to about twice the height of Everest! Sometimes it felt like it! We had hot weather in Cornwall and Devon, almost two hot sometimes whereas last time I experienced quite a lot of torrential downpours with the wind in my face. In Scotland however we had a lot of rain and some contrary wind. There was a great deal of beautiful country (and some industrial areas to be traversed). I think what I shall remember most was the Northernmost part of Scotland. I enjoyed the remoteness and solitude and sometimes chose to cycle alone to appreciate it. I thought to myself that I would probably never be there again, or at least not free in the open air.

We got to John O’Groats on Saturday September 21st, having started on the 1st. There was a farewell dinner and the next morning rather sad goodbyes. I then took my bike on the Ferry or Orkney for a couple of days. It was wet and windswept but there were several fascinating things to see, especially the Italian Chapel, the magnificent Norman Cathedral in Kirkwall and the 4500 year old Neolithic village at Skara Brae.

On the trip I arranged to meet up with several people. First a retired school master who was a special help to me 63 years ago when I was 17. Then my older son and his partner Joy. After that a friend from my days as a curate in East Ham in the early 60s and two old school friends.

Although I don’t expect to try again at 85, I don’t think I ever muttered ‘never again’ this time. This for the several reasons mentioned above, but most of all because of the company. It was a really good experience. If anyone asked me for advice as between going unaided or aided, I would certainly recommend the latter at least if they went with such an agreeable group and such a well organised set-up as I did.

The trip raised well over £10,000 in sponsorship, divided between the farm project of an orphanage in Uganda and a local group that has saved and restored the town swimming pool and is now improving the Public Hall.